How to Make Money as a Singer

Someone asked "can i make money as a singer?" the reply was that "yes" you can make money singing any kind of music or songs as long as you are very creative with it. Singing brings fast money for creative unique people and not for those who are lazy to develop their singing skills and voices.

You can make money as a singer either professionally or not, many known singer do not have the best voice in this life and still they make it, Your singing style, originality and creativity goes a long way in determining the kind of person your are in music and how well you can go.

At first, people who want to make money singing don't usually aim for the money at first but work and get more creative in their thinking about music. 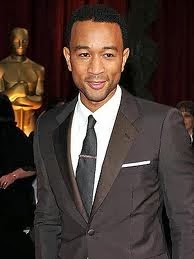 When your songs begins to create impact, good sounds in hear of listener with touch, music producers will run after you for recordings. Below are things you can do as a singer to make money; See Also,  get paid to rate and listen to music

Ways to Make Money as a Singer

3.You could earn money as a Singer simply by teaching people how to sing, voice training and music note reading.

4. You could make money as a singer by creating a website or blog and posting some of your songs for your fans to listen to online.

5. You can make money singing just by creating a YouTube videos of songs and spreading it through the internet, many may be interested in your songs.

6. You can make money as a singer simply by going to event centers, party places, churches where you sing for free and later get called for paid show.

See Also,  how to make money as a Youth

7. Earning money as a singer can be achieved through a site called italki.com where you get paid $15 or  more per hours of working and teaching people how to sing .

8.  A singer can make money by writing songs for other well known musical artist, as a singer, you can also sell your songs for cash online.

A singer need to work hard on voice and try to make it better which attract people to pay you for your songs. its may not be too easy to make money as a singer at first but with time, your originality and creatitivty will make you earn more as a singer.

Thanks for reading this post on How to Make Money as a Singer.
making money