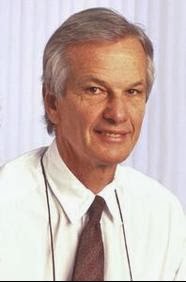 Jorge Paulo Lemann is Brazil's richest man thanks to his controlling stake in Anheuser-Busch InBev, the world's largest beer company. Together with his longtime partners and fellow billionaires Marcel Herrmann Telles and Carlos Alberto Sicupira, Lemann made headlines in early 2013, when their investment firm, 3G Capital, with offices in New York City and Rio de Janeiro, partnered with Warren Buffett to buy Heinz. Lemann's first big success was at investment bank Banco Garantia, which he founded 1971 and sold to Credit Suisse First Boston in 1998 for $675 million
Even at 74, the Billionaire Jorge Paulo Lemann has touched the lives of many people not only in Brazil but all over the world through his charity foundation where he spends major part if his income and employment of the youth.

Gratitude to the Brazilian Billionaire Jorge Paulo Lemann for being our site Entrepreneur of the week. Thanks for reading.