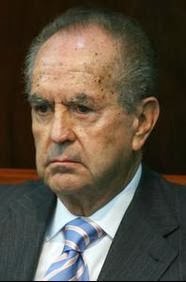 Alberto Bailleres Gonzalez owns a diversified empire controlled by his holding company, Grupo Bal. He chairs Mexico's second largest mining company, Industrias Penoles, one of the world's largest silver miners, which did not do so well in 2012 because of lagging metals prices. His other investments performed better, driving his fortune up by $1.7 billion. He controls department store chain Grupo Palacio de Hierro, insurance company Grupo Nacional Provincial and pension fund manager Grupo Profuturo. Plus he owns a stake in coke bottler FEMSA - forbes
Even at 82, the Billionaire Alberto Bailleres Gonzalez has touched the lives of many people not only in Mexico but all over the world through his charity foundation where he spends major part if his income and employment. Kudos to the Mexican Billionaire Alberto Bailleres Gonzalez for this. Thanks for reading.