Entrepreneur of the week - George Soros 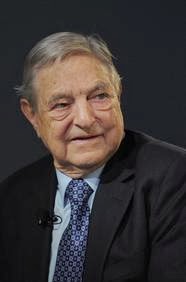 According to Forbes, George Soros was ranked as the 30th Billionaire in the world and 16th richest man in the United State. George Soros Net Worth is $20B and he make money through Hedge funds and Soros Fund Management Care

Hedge fund legend George Soros returned the remaining $1 billion of outside capital under his Soros Fund Management's care in 2011, but investors still carefully track his every move. Soros shorted the yen this year and went long Apple and Herbalife. The $25 billion in his fund belongs to Soros and his foundations, which have doled out billions in support of human rights, democracy and education

George Soros has contributed greatly to the world, hedge funds youth generally and he needs to be celebrated as one of the world successful Entrepreneur of our time. Thanks for reading.