The Russian Professional Tennis player Maria sharapova has just been announced as the Highest Paid sport Woman with a huge sum of $29m. 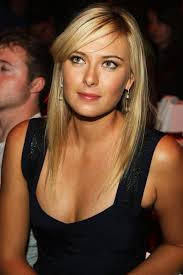 According to forbes, Maria Sharapova was named the richest sport woman based on her earnings where she ranks ahead of Serena Williams.

Kudos to Maria Sharapova for becoming the Highest Earner and Richest Sport woman in the world.