Matt Lauer has been named as the Highest Paid TV Anchor in the world by TV Guide. Matt Lauer was reported to earn $24million deal. Matt Lauer is a Graduate of School of Media Art and Studies Ohio and now an established Telecommunication Journalist with NBC News. 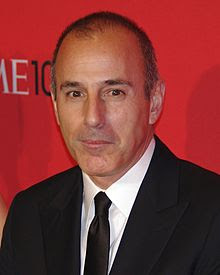 Matt Lauer was named The Highest Paid Tv Star due to its earning with 'Today' which make him rank among the Richest and highest paid Tv Anchor in the world.

He has co-hosted in many Tv Programs and his impact was felt majorly on NBC News program . He ranked ahead of other notable Tv anchors from Fox News, MSNBC, CBS and CNN.

Kudos to Matt Lauer for winning the Highest Paid anchor with Today. Thanks for reading Earn Online where we discuss Earnings.