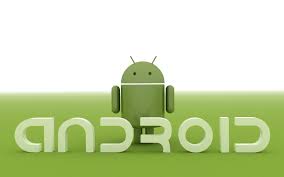 The advent of Andriod Phones which brings lot of interesting apps and packages seems to be affecting the characters of people which some called phone addiction.

Many change in characters and habit has been recorded for people using Andriod Phone as well as acquiring some strange habit which needs to change while enjoying their Andriod phone. Some Andriod phone addict exhibit addiction such as,

3. Taking photos of everything they see using their Andriod phone

4. Browsing and scrolling on Andriod phone even on Traffic or while Driving.

5. Staring at Andriod phone Screen too often during meals

6. Believing too much on Andriod phone Maps instead of physical direction

7. Listening to music and forgetting the head phone permanently on ear.

8. Spending too much money on Google play store or Google market buying Andriod phone apps which you may decide to change in the next minutes.

9. Serious addiction to pix mixing at all times on Andriod may be unhealthy.

10. Even in the class, banking all, church, meeting or at any available space, you tend to charge your Andriod phone.

11. Making calls while charging the phone can lead to death.

We are not writing this to dictate your phone habit or how to handle your Andriod phone but we are only giving out extreme habit which may be unhealthy to you.