What the Bank aren't telling you about Credit Card Application 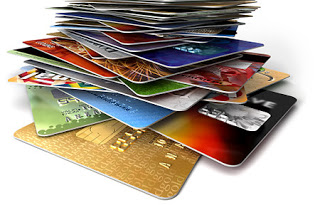 Eight in ten borrowers who are rejected for a credit card application aren’t given a satisfactory explanation as to why they’ve been declined, according to new research by Which?
Half of these people are given a blanket response to "check their credit score" and the rest are given no information at all.
But if borrowers challenge the banks to give a response, they should provide one. So why aren't they?

Rejected credit card applications
Four in 10 people have applied for a credit card in the past two years, according to a study of 2,013 adults, and nearly a third of those have been rejected.


A quarter of those who had been turned down said they were ‘very dissatisfied’ with the provider’s response, mainly because of the lack of information or advice given and the poor level of communication.

But it does not have to give any further information.

How providers make decisions
Lenders use three different credit reference agencies – Experian, Call credit and Equifax – as well as their own individual internal checks to decide whether to approve or reject credit.

They also use information supplied on an application form, such as your job, salary and anyone you’re financially linked to, along with data from existing customer records, explains James Jones, spokesperson for Experian.

But he says industry guidelines also require lenders to tell customers the principle reason for refusing the application –if the borrower asks. In most cases, however, the borrower won’t bother to request this information.

What the lenders say
I approached a few different lenders to see how they respond to rejected applications.

Although none of the leading providers were able to provide details on the number of applications, and rejections, they receive each year – they did tell me the main reasons for rejecting applicants.

Santander
The Spanish-owned bank says it provides reasons in writing for declining a credit card application. The main reasons it listed for rejecting someone are: a borrower doesn’t pass a credit score, is an existing customer, is under 18 or isn’t a permanent UK resident. It also says it could reject someone based on information from a credit agency, or if the borrower doesn’t match the bank’s "specific internal policy", although no details were given about what exactly this includes.

Virgin Money
A similar response from Virgin Money. It says it uses a range of data, including details on a customer’s application and credit reference agency information. It also points out that this information is used both at the time when someone applies for credit and when they become a customer. The decision is based on the customer’s ability and willingness to pay and those who are unsuccessful are given the main reason for the decline.

A slightly different response from Nationwide – it says as it uses a number of factors when deciding whether to accept or reject an application. It doesn’t give these to the borrower because the information is "commercially sensitive".

HSBC (and its division First Direct and partner M&S Bank) all follow the same line and give "an indication" of why an application is declined but not a specific explanation as this “would suffer from complexity and could also be used to manipulate our credit decisions and increase fraud risks”.

What information can affect your application?

As lenders are unwilling to pinpoint the exact information, I asked the credit reference agencies instead.
There are numerous things which can lead to you being accepted or rejected for a credit card. Being on the electoral roll, having a good credit history, living in one address for a number of years and having a permanent job with no insolvencies or County Court Judgments on your financial history are all ways to boost your likeliness of being accepted.

You can also check your credit score via one of the three agencies to get a better idea as to what the decision might be.

Even if you have a good credit score you still might be rejected. Therefore one of the best tools to find out if you’ll be accepted for credit is a ‘soft search’ application.

These look at your financial score, the same way any provider would, and then tell you how likely you are to be accepted or rejected, without leaving a mark on your credit report.

Freedom Finance and Fluid are two companies who provide these for free..

The problem of transparency

The overarching issue here is the lack of transparency from credit card providers. I’ve known numerous friends who have been rejected for credit cards, despite having a crystal clear credit score. The banks may say they are giving people reasons for rejecting them but when this reason is "because of our internal checks" then the borrower is left none the wiser.

Keeping this information secret has no benefit to the borrower and is a sure-fire way to leave the person stressed out and frustrated at having no explanation. It could also lead to the danger of applicants making several attempts at applying for credit – which will affect their credit score negatively.

I think the banks need to be more honest and open in this process. Borrowers are ultimately paying to use the credit card and sieving through our personal data during each application. The least we should get is a reasonable explanation if we are rejected so we can do something about it. Thanks for reading Earn Online
Free tips making money