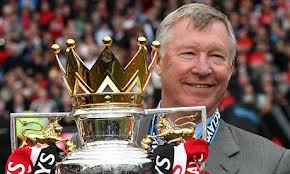 #Sir Alex Ferguson will be missed by fans, lovers of football and the whole world. He will be completing his 1500th game at the Old Trafford and many fans await his official retirement. To the United Team, Sir Alex is a good money maker of the club as well as the brain behind their earnings. Thanks for reading Earn Online