Entrepreneur of the Week : Kim Kardashian

Kim Kardashian has been named as the Entrepreneur of the week as well as the highest Earner of the week. She controls the Kardashian empire which includes television shows, clothing, homeline, fragrance, magazines, shoe dazzle etc. 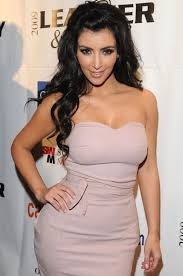 Kim k has been described as a successful entrepreneur who make millions from various business including her beauty. Kim K is an expert not only in showbiz but also
on social media like Facebook or Twitter. She sees Facebook as fun but Twitter as a medium to spread her stuffs online.

She has over 30million Twitter followers and she also make more cash form the reality show "Keeping up with the Kardashians. She may have wrong many people with the way she started making money by producing a private video with Brandy bother Ray J, she moves on doing her things.

She get paid with thousands of dollars just to mention a brand or tweet a product to her followers or viewers. Her business empire is really speaking for her due to her managerial skills in business management which she never studied.

Based on poll results, she emerges as the entrepreneur of the week as well as the highest money maker of the week. Kudos to the female fashion Entrepreneur, Kim K.
Free tips making money