Entrepreneur of the Week : Harry Akande

Chief Dr Harry Akande has been selected as the Entrepreneur of the week. This pick was based on poll result about the highest earner of the week with great Entrepreneurship influence in the economy. 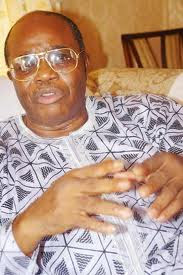 Harry Akande has been describe as one of the most successful Entrepreneur in Africa. He was once ranked as the richest man in Nigeria. Harry Akande is a Nigerian Born Billionaire with over 400 companies around the world.

He loves politics and his the chairman of a political party named ANPP in Nigeria. He owns AIC limited which has helped developed electricity in the different areas across Africa, Carribean, United Kingdom and in the United State of America.

Not only in the United State did he worked but his riches and investment was greatly felt also in Africa. Thumbs up as we celebrate this site Entrepreneur of the week. Thanks