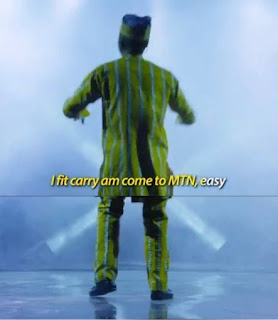 Within 24hrs, Saka earn N20M and immediate release an advert for MTN claim " i don port oo" which means he changed from Etisalat to Mtn making him one of the highest paid for such ads.