It's been a cool and interesting struggle for internet supremacy between Google which is definitely the best search engine giant and Facebook which is also known as the best social networking site. In some countries, the internet is often referred to as Google due to it popularity and wide range of product it offers the internet world, then apart from being the best search engine, Google also offer wide range of service which makes it unique and fun to be with. 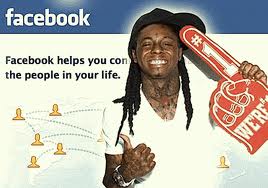 It got more serious when Alexa announces Facebook to be the No 1 most visited site in the world while Google maintained the 2nd spot which is based on their web analysis tool and calculation. Many internet expert saw this change as a boost for Facebook.

Facebook recently announced in a Tv ads that it has hit 1billion active  users and over 1.6 trillion likes. The Facebook Founder Mark Zuckerberg said, Facebook is the tool which connect the world together just as the bridge, chair, doorbells and aeroplane connect the people all over the world.
With 1Billion active user, it mean Facebook traffic is also getting relevant and growing fast. On the other hand, Google also launches its social network program called Google+  which allow users to socialize, connect ,chat and exchange different apps online.

Some will have preferred Twitter to Facebook but the new result shows Facebook is no match with Twitter due to its 1billion user hit. Whereas google recent purchase of Youtube, Flickr and Bebo also shows the big Google has lot to offer. Rumour has it that Facebook is also building its search engine just to see if it can live up to Google standard on the internet.

But Either Google or Facebook have contributed to the world online activities by providing different program and making sure the internet is a better for you and me with lot of fun. Happy 14th yr anniversary to Google  and congratulation to Facebook for it 1billion users hit. You may drop a comment if you have any suggestion or question, bette still subscribe with your email below to get fresh update from Earn online. Thank