What You Need To Know About Re-tweeting

Twitter is known to be the fastest growing social network in the world with various short updates called tweets. These tweets can be inform of photo sharing, music or videos, information dissemination, news , some latest happening, self post and  many other displays for you followers to view. 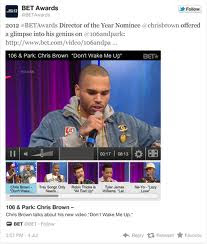 Re-tweeting is just a simple way of re sharing someone else's post or links. Your post on twitter can easily be re-tweeted if the twitter user likes it or found the tweet interesting. Hence, re tweeting a tweets has lots of advantage which are briefly explained below ;

1.Popularity : if you own a site and you want your site, sales page or link to be widely known, then you need to re tweet others people tweets. Imagine if any of your twitter follower with over 20,000 followers decided to re tweet your tweets to her own followers with thousands of followers too, then there is no way your tweet will not get the popularity based on different exposure on twitter.

2. Traffic : i never knew i can get some traffic from twitter even with my few twitter followers until i tried re tweeting other twitter friends with higher followers. I got some traffic to my blog through the links re tweeted by those twitter followers and many more, this can be a source of some foreign traffic on your site. All these can simply be done when you use a site called easyretweet.com.

3. Backlinks : even when i wasn't getting some fast index from search engines on my blog, i tried posting my link on twitter through easyretweet and i saw some considerable changed in the way some of my post get indexed immediately after posting.

4. Making Money : making money on twitter just got improved when some site pay you to retweet their tweets. An online advertising site like addynamo allows you to make money on your blog by registering with them and re tweeting a tweet assigned to you for your twitter followers and co. You will make money when you get the traffic and popularity you want by re tweeting other people tweets and in exchange your tweet also get retweeted and so on.

You can easily register at easyretweet.com to enjoy all the benefit explained above from making money, backlinks, traffic and product or blog popularity. You need to see things for yourself when your post get re tweeted by a twitter friend with 70,000 followers or by a celebrity with over a million followers, you will definately see the change am writing about. Its real because i tried it and it  works.Thanks