Many site owners and bloggers have argued that traffic gotten from search engines like Facebook or Twitter  may reduces the cpc on the ads such as Adsense placed on such sites but the online money makers and the earn money online see Facebook traffic as a great tool to make more money online due to exposure of their stuffs on Facebook. 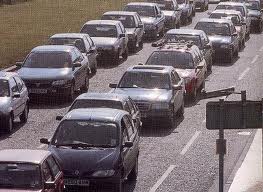 1. Facebook Adverts: this is the quickest and fastest way to get popularity and traffic to a site, sales page or a product. Facebook advert can quickly allow huge fans, likes and recommendation on such thereby getting huge traffic.

5. Give away : this is the latest way to get traffic from Facebook by running series of competition, free ebooks, free hosting plan, free game download, software download or many other thing which you feel will attract the readers and also you may use a pop up like box compelling them to like the page before getting the free stuff.

I think with the following point explained briefly, you can now use this method to get cool traffic from Facebook. Facebook might not be your only source but mind you but Facebook traffic helps a lot especially for new site or sales page. If you have another idea on how to generate traffic not only on Facebook but on others, please feel free to use the comment box below. Thanks