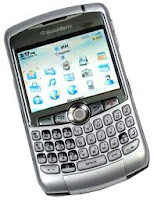 The company behind blackberry smartphones has warned it will make a loss in its first quarter and make "significant" job cuts.According to a BBC report, it has lost ground as its traditional business clients have switched to iPhone or Android phones.See how to care for iphones.
"The ongoing competitive environments is impacting our business in the form of lower volumes and highly pricing dynamics in the market place,and likely results in an operating loss for the quarter," chief executive Thorsen Heins said.There will be significant reductions in spending and headcount in some areas throughout the remainder of the fiscal year, he added.
In the last financial year, RIM made a net profit of $1.2bn,down from $3.4bn in the previous year.Blackberry has struggled to keep up the rivals in the smartphone markets such as Apple's iPhone and handset running on Google's
Androids operating system.It has struggled to gain a foothold in the tablets markets.See new etisalat data plans for smartphones.
The launch of blackberry10, expected later this year are expected to be crucial to its turnaround plan.Apple is really riding the wave of smartphone revolution and it might be too difficult  for RIM to survive this fortunes.
Malik saadi, principal analyst at information Telecoms and Media, told the BBC, "one option is for the company to license out its new operating system to other handset makers which will allow RIM to generate more revenues and control cost,because most of its expenditure comes from the hardware side of the business
This loss may likely force Blackberry to cut jobs and reduces their employees and lots more but lets wait and see how this change works for the reviving Blackberry.
source - the punch
Free tips